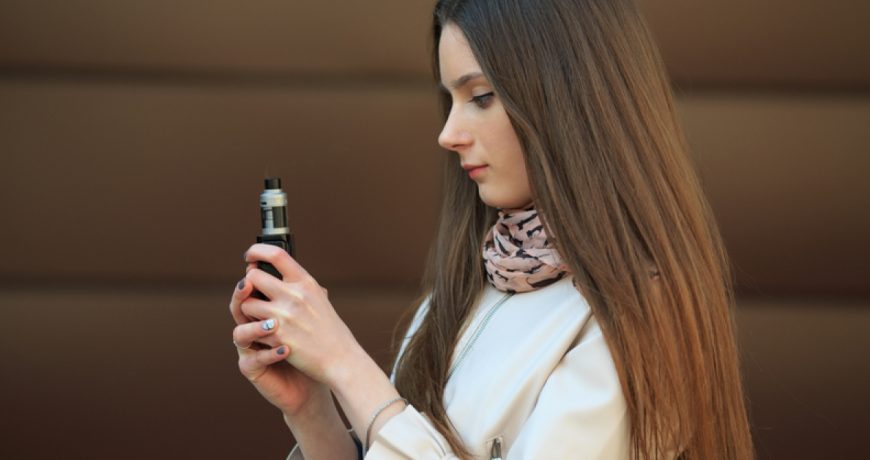 Now, the US Food and Drug Administration (FDA) is launching an ad campaign meant to discourage children and teens from picking up the habit.

As e-cigs have gained popularity in recent years, they’ve become a more common feature in news headlines. Past stories have detailed the following:

These concerns are still present. That’s why the FDA is launching its first youth e-cigarette prevention TV ad program. This initiative is expected to reach 10.7 million youth between the ages of 12 and 17 to educate them about the dangers related to e-cig use.

The FDA started an e-cig education program last year, and these new e-cig prevention TV ads will begin as the original program celebrates its one-year anniversary.

“The new ads as part of our youth prevention campaign highlight one of the many alarming aspects of youth e-cigarette use — that, according to emerging science, teens who vape are more likely to start smoking cigarettes, putting them at risk of a lifetime of addiction to smoking and related disease,” said Acting FDA Commissioner Dr. Ned Sharpless in a press release.

The FDA said its continued youth educational efforts are a priority. That’s because more than 3.6 million middle and high school students across the United States were noted to be e-cig users in 2018, according to the National Youth Tobacco Survey.

This number more than doubled from the 1.5 million students who were found to be e-cig users in 2017.

Furthermore, the FDA finalized its guidance for companies who are looking to submit new tobacco product applications. These include companies looking to get e-cigs or “vapes,” as well as liquid nicotine and nicotine-containing e-liquids, approved.

This guidance recommends that manufacturers provide details about the product’s package and battery in an effort to reduce the risks of accidental exposure to e-liquids and exploding batteries.

“There are no authorized e-cigarettes currently on the market, and we encourage companies to use this valuable document now as a guide to submit applications,” Dr. Sharpless said.

Under this new guidance, manufacturers must prove to the FDA that the marketing of the new tobacco product would be appropriate in order to protect the health of the public.

Speak to your health care provider if you have any questions about keeping your teen healthy.