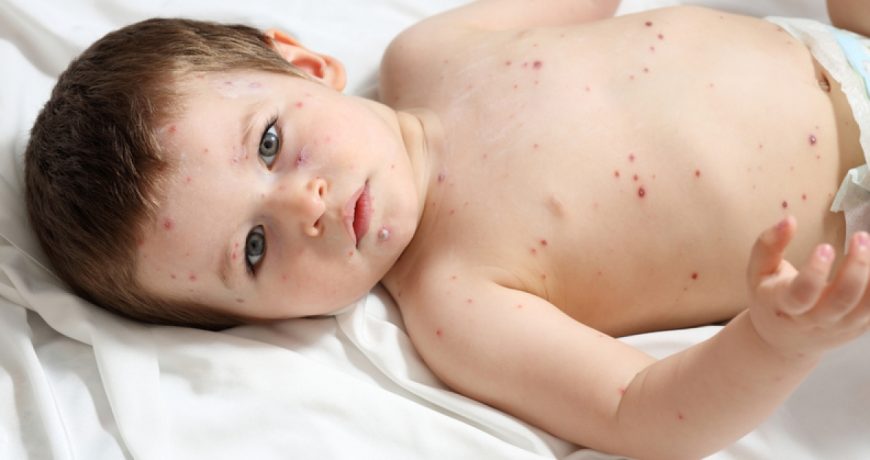 (RxWiki News) Diseases like chickenpox can bring up a lot of questions. The answers to some of the most common chickenpox-related questions are below.

Because of the invention of the chickenpox vaccine, many Americans today have no memories of themselves or others having had the disease as a child. While there are fewer outbreaks of chickenpox these days, they still occur among children in places like schools — even where most children are vaccinated. Here is a quick refresher on four frequently asked questions about chickenpox.

1) Can you get chickenpox after being vaccinated?

Yes. However, two doses of the vaccine are 98 percent effective at preventing chickenpox. And even if you get chickenpox after being vaccinated, the disease is usually milder than it would have been without the vaccine. That means fewer blisters and little to no fever.

Talk to your health care provider or pharmacist today about getting your kids vaccinated against chickenpox.

2) Can you get chickenpox more than once?

The short answer is yes, but it is very rare. Most people will be immune after having chickenpox once. However, the virus that causes chickenpox stays dormant in your body and can cause shingles later in life — even after you have recovered from chickenpox. Someone who develops shingles can also have more than one episode.

3) Should I send my children to a ‘chickenpox party’ so that they become immune?

One practice that has developed over the years is intentionally exposing children to other children with active chickenpox with the hope that they will get the disease and then become immune for the future. This practice — often referred to as a “chickenpox party” — should be avoided.

Infants and sometimes children can be especially prone to serious complications with chickenpox. Complications from chickenpox can be so serious that they require hospitalization. In rare cases, chickenpox can cause death, even in healthy children and adults. The vaccine is the best option for preventing chickenpox for your child.

4) How does chickenpox spread?

Chickenpox is highly contagious. It spreads when chickenpox blisters shed virus particles, which then may be touched or breathed in by others. The virus may also travel in tiny droplets released when an infected person breathes or talks.

People who have an active case of shingles can also spread the virus, which will cause chickenpox in a person who has never been infected or vaccinated before. People with chickenpox or shingles only stop spreading the virus once all of their blisters have scabbed over.

If you have any questions about chickenpox, speak with your health care provider.