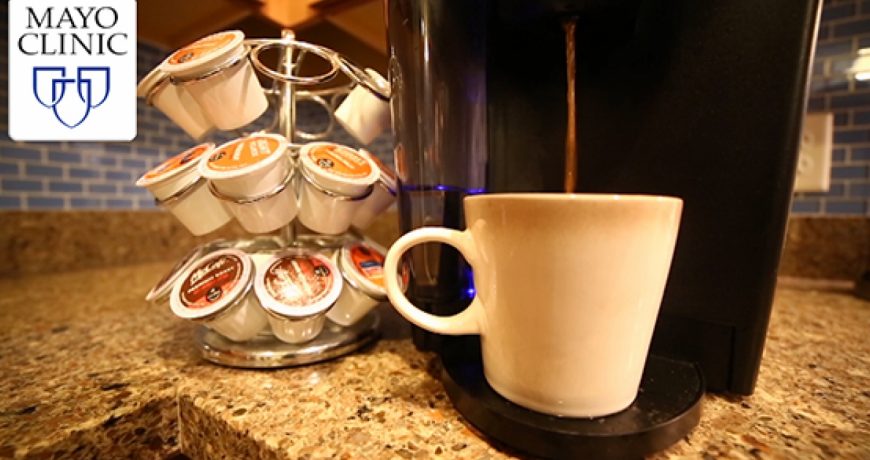 (RxWiki News) Do you find yourself drinking several cups of joe each day? How much caffeine is too much?

Caffeine is found in many products, including both drinks and supplements. According to the US Food and Drug Administration (FDA), 400 milligrams a day, which is equivalent to about four cups of coffee, is considered OK for most healthy adults. However, everyone is different, and some may be more sensitive to caffeine than others. Furthermore, the actual caffeine content in drinks and products varies — especially with energy drinks.

That’s why it’s important for consumers to look at the package and determine how much caffeine is in the product.

A good rule of thumb is as follows:

If you drink more than four cups of coffee (or equivalent) and are experiencing the following side effects, you may want to consider cutting back:

Too much caffeine can lead to serious effects. The FDA notes that consuming 1,200 milligrams of caffeine (0.15 tablespoons of pure caffeine) very fast can actually lead to seizures.

Pure caffeine products can be found as dietary supplements and come in powder or liquid forms. These products often come in bulk and require the consumer to measure out their dose, which becomes even more dangerous.

Also pay attention to caffeine in energy drinks. The amount of caffeine in a serving of each product varies greatly, and some containers have more than one serving.

The highest level of caffeine was in 5-Hour Energy Extra Strength — 242 mg of caffeine.

Caffeine is not recommended in children. And caffeine is not a good idea for those who take certain medications, such as theophylline and pseudoephedrine. Women who are pregnant or breastfeeding should speak with their health care provider about limiting their caffeine intake.