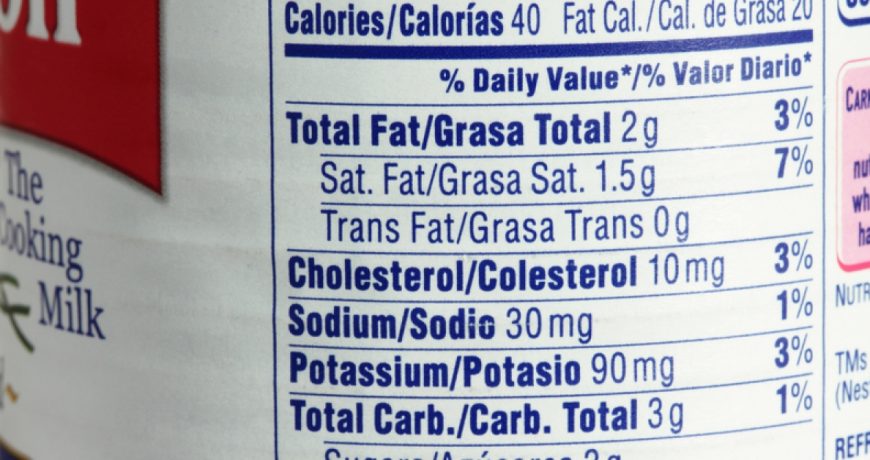 (RxWiki News) Dietary sodium in packaged foods and beverages appears to have decreased in recent years, according to a new study.

High sodium intake has been linked to high blood pressure and heart disease, so this study’s findings may be good news. Still, the study authors called for more progress.

“The slow rate of decline in sodium from store-bought foods suggests that more concerted sodium reduction efforts are necessary in the United States,” these researchers wrote in their study. “Future studies are needed to examine sodium trends by race/ethnicity and income to identify vulnerable subpopulations that further interventions should target.”

For their study, these researchers looked at survey data obtained between 2000 and 2014. They studied the survey responses of more than 172,000 households in the United States.

Among their key findings was the fact that the sodium content of the packaged foods and drinks these households purchased decreased by around 12 percent during the study period.

Salty snacks, dips, sauces and condiments — some of the most sodium-packed foods out there — showed average decreases in sodium of around 100 milligrams per 100 grams of food, this study found.

Despite these declines in sodium content, this study also found that less than 2 percent of the households surveyed were selecting all of their packaged foods within the healthy sodium content range.

Talk to your health care provider about how to improve your diet.

This study was published in JAMA Internal Medicine.

The Robert Wood Johnson Foundation, the National Institutes of Health and the Carolina Population Center funded this research. The study authors disclosed no potential conflicts of interest.